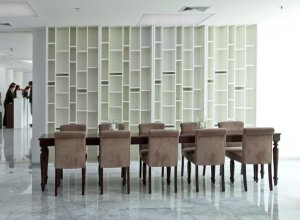 Brexit. Incorporation of Spanish company.  Some UK Ltd companies trading in Spain are considering incorporating a Spanish subsidiary or affiliate due to BREXIT.

The majority of UK companies who are relocating their headquarters or subsidiaries to Europe due to Brexit, are going to cities such as Frankfurt, Paris, Dublin and Amsterdam, however, a few of them have chosen Spain as their destination, mainly those with commercials interests in that country.  British investment in the Spanish economy is growing significantly, according to Spanish government figures. According to the Institute of Export & International Trade, Spain is an important market and business partner for the UK. “It is the UK’s  8th largest export market (9th for goods).

How your company should proceed to incorporate a Spanish subsidiary or affiliate?

The similar figure in Spain to a UK Limited company would be a “Sociedad Limitada (S.L.)” i.e. Spanish company where the shareholders have limited liability as they do in a Ltd company in the UK.

In most of the cases we are dealing with, the UK company will be the only shareholder of the Spanish company.

To incorporate a Spanish SL by a single shareholder which is a UK Ltd, the main steps will be as follows:

To comply with the above requirements, a list of documents such as the POA, a certificate of good standing, minutes of the board of Directors, among some others shall be translated and Apostilled.

How long does it take to incorporate a Spanish company? A prudent estimate of the time to have a company fully incorporated in Spain in normal circumstances would be two to three months.

Can this be done from the UK? The above process can be done in the UK without the Directors traveling to Spain if they appoint a Spanish lawyer to act on their behalf. Exceptionally, some banks may require meeting the Directors in person for the opening of the bank account, but obviously appointing a legal representative qualified in both England and Spain should smooth the process.

You can also access to this information by watching this video.