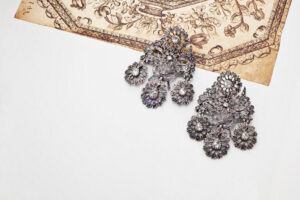 We have recently dealt with the Spanish estate of one of our client’s late spouse that is quite a self-explanatory case. This article shows the convenience of granting Spanish Wills for British citizens. Also, the importance for the Will to be drafted following some aspects of Spanish law, even when is signed in the UK.

First of all, let´s look at some of the FAQs about Spanish Wills for British citizens.

Q: Should I have a Spanish Will to cover my Spanish property?

A: It is not mandatory, but it is very advisable.

Q: Will my inheritors pay less taxes in Spain If I have a Spanish Will in place?

A: No, the taxes linked to the inheritance are the same. However, you will be saving costs and time to your inheritors when inheriting your Spanish estate.

Q: Can I sign a Spanish Will in the UK?

A: Yes, a Spanish Will can certainly be drafted and signed in the UK.

Q: Can I simply cover my Spanish assets with an English Will that covers all my worldwide assets?

A: Yes, but we would advise to have a Spanish Will for your Spanish assets only.

Q: Does a Spanish Will need to be drafted in Spanish by a Spanish lawyer?

We will now explain why the Spanish Will of our client´s wife, caused the client to incur in higher costs. Also, having to wait much more time to get the Spanish property registered in his name.

Please note that the Will was a Will executed in England with the aim of just covering the Spanish assets. This was a terrible idea as the Will was neither a proper English Will nor a Spanish Will.

If you only have an English Will for your worldwide assets, when you pass away, your inheritors will have to contact a Spanish lawyer. The Spanish Lawyer will take the necessary steps to transfer your Spanish assets to your beneficiaries. Keep reading about Spanish Wills for British citizens.

Unless that Spanish lawyer is a dual-qualified, it is highly likely that he/she will not be versed in English law. Thus, may not understand the provisions made on your English Will.

Most English Wills appoint executors to administer the estate. Some contain clauses in order for the assets to be transferred to a Discretionary Trust.  None of these legal concepts exist in Spanish law, although there is a legal role i.e. “albacea” which is a little bit similar to the “executor”. Therefore, it will be very difficult for a Spanish lawyer not versed in English law to know who the Spanish assets should be transferred to according to an English Will.

Even if a Notary Public grants an inheritance deed based on an English Will, it is highly likely that the Land Registrar will not complete the registration of the property. He/she will ask for a “Declaración de Herederos”. This is the document that states in Spain who the beneficiaries are when there is no Spanish Will in place. There is no equivalent of the said “Declaración de Herederos” in English law. Thus, here is where local Spanish lawyers may get confused and not able to progress further. The best way to unlock this situation is for a dual qualified Spanish Lawyer & English Solicitor to produce a Certificate of English law. This will explain to the Spanish Notary who the beneficiaries should be. Therefore will make them clear, to whom the property should be transferred to. Always, according to the English Will and according to English law.

Why that client of us faced delays and additional expenses in order to have his late wife´s share over their Spanish property transferred to him? Why that happened if the deceased had a technically valid Spanish Will? Well, yes, it is true that there was a Spanish Will in place, however:

Even with a Spanish Will in place, the fact that it was not drafted as a proper Spanish Will added unnecessary costs.

As you can see, even with a Spanish Will in place, the fact that it was not drafted as a proper Spanish Will, the surviving spouse had an additional cost of around £1,500. Also, rather than having the property transferred to him in or around 4 months, he had to wait approximately 7-8 months to have the property registered in his name. Time was quite a thing for that client as he wanted to sell the property as soon as possible. The additional waiting made him lose some opportunities. Furthermore, it should be noted that in Spain Inheritance Taxes and the costs of the Probate are not paid by the estate but by the beneficiaries up front i.e. before inheriting the assets.

Should you require more info about Spanish Wills by Antonio Guillen