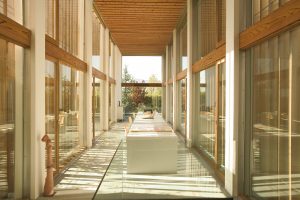 Some of you (or some of your clients if you are a legal advisor) might be planning to buy a property in Spain using a Spanish mortgage.

Many British buying in Spain use a UK mortgage bust most of them prefer to use a Spanish one to separate liabilities.

It is quite known that some Spanish mortgages in the past used to contain abusive clauses such as the floor clause we have talked about in previous articles (link to article).

Now is the time for some more peace of mind when buying in Spain with a mortgage.

Following 2014 EU Parliament Directive on Consumers Protection on Mortgage Credits, although with a relevant delay, Spain has finally incorporated the European rules to its internal law and a new Mortgages Act is in place, applying to mortgages signed from 16th of June 2019 onwards.

The Spanish government has also introduced new rules against some abusive clauses/practices that Spanish banks have been using for years against consumers’ rights.

We will give you a brief overview of the improvements on the conditions and costs of Spanish mortgages.

In 2015 the Spanish Supreme Court declared in a case brought to Court by the Spanish Consumers’ main Organisation (OCU), that charging all the mortgage costs such as Notary fees, Land Registry fees etc into the consumers or borrowers (normal practice until march 2019) was deemed abusive and therefore null and void. However, the said Court decision did not say in which percentage these costs should be split between the bank and the consumer. However, it is currently understood that costs should be split as follows:

Waving goodbye to the floor clauses.

The new Mortgage Act puts an end to the floor clauses on the floating-rate mortgages.

With the new regulation, on floating-rate mortgages there is now a maximum percentage of cancellation fees within the first 5 years of the mortgage, being those cancelled after year 5 free of bank charges.

Softer rules in case of non-payment of the mortgage.

Spanish banking rules used to allow banks to enforce the mortgage/early cancellation, claiming all the pending mortgage capital and interests when three mortgage monthly instalments were unpaid. The new regulation has introduced some limits on that, in favour of consumers.

Option to move from floating-rate to fixed-rate.

Banks now allow to change from floating-rate to fixed-rate free of charge if the transfer is made after year 3. If the transfer is done before the 3rd year, then a maximum fee of 0.15% may apply.